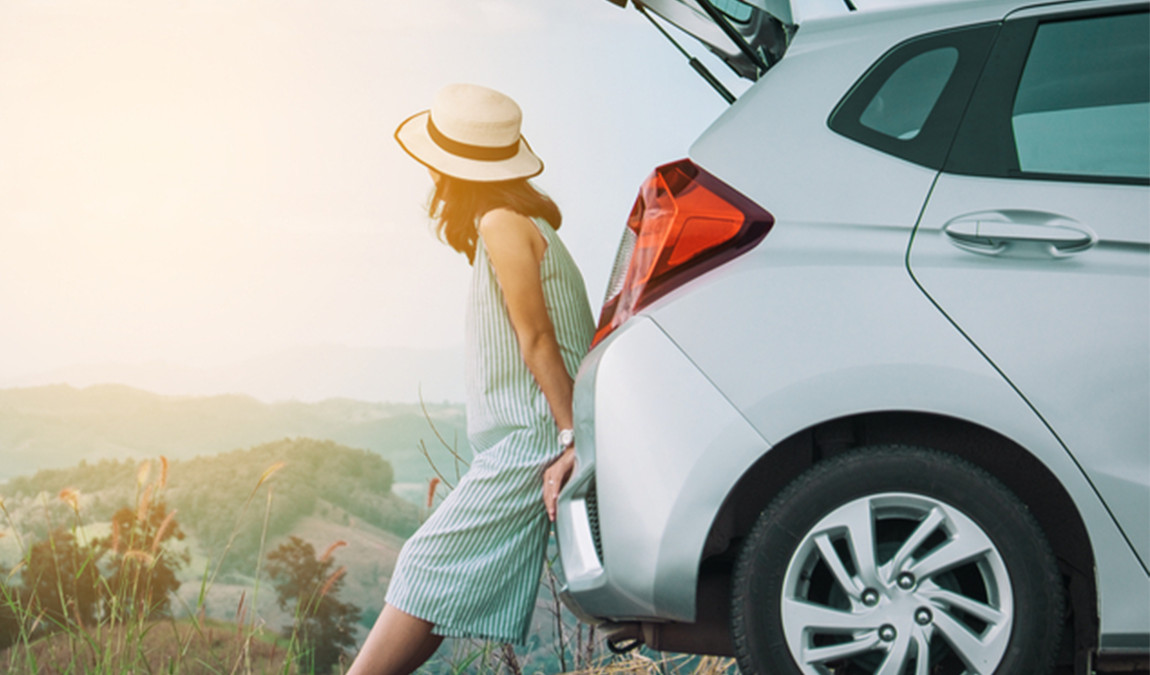 Here at Motoring Assistance, we provide an affordable and easy to use service offering reliable vehicle recovery and breakdown assistance.

Our Saver, Premium and Premium Plus memberships ensure that there is a level of cover that suits your driving style at a price we're confident you'll be happy with.

At Motoring Assistance, we pride ourselves on providing an easy to use service which takes the stress out of breaking down. Our extensive network of recovery agents across the country ensure we can provide a fast and functional recovery service. We aim to attend callouts anywhere in the UK in just 45 minutes - 24 hours a day, 365 days a year.

Don't just wait until it is too late, become a member today and drive away with the peace of mind. 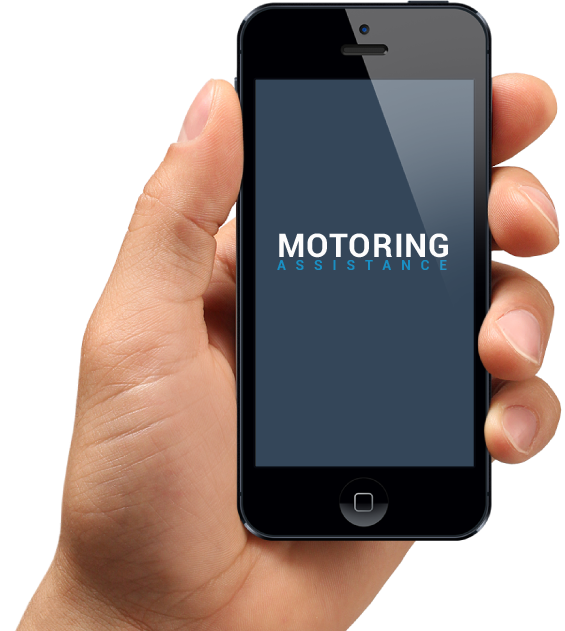 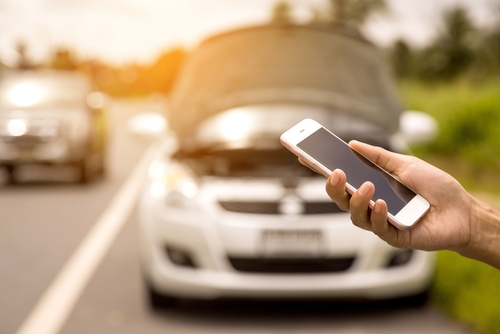 The 8 Most Common Reasons For Vehicle Breakdowns

The 8 Most Common Reasons For Vehicle Breakdowns

Look at the most common reasons behind why cars break down, and the steps you can take to avoid finding yourself stranded.

It is no secret that the roads in the UK are in a pretty dire state. You could be pottering along without a care in the world when suddenly, a pothole shakes the life into you and the air out of your tyres. A lot of cars nowadays aren't given a spare wheel either, so motorists are often left stranded at the roadside.

Other than keeping a watchful eye out for menacing potholes, there's not an awful lot you can do to prevent this from happening. Replacing your tyres well before the tread gets to the minimum 1.6mm depth is a good start, but other than that you just need to make sure you have breakdown coverage, just in case.

It happens to the best of us. There's no shame in losing your keys as sometimes it seems as if they have legs of their own. Nonetheless, this is one of the leading reasons why cars need to be collected from the roadside and another important reason why you need to have breakdown cover.

If you're noticing the electrics are playing up a bit in your car, then you might have an alternator fault. The alternator is used to generate electricity from the engine to charge the car battery, but they're known to go ‘pop' quite often. A leading symptom of a dodgy alternator is dimming headlights when the car is idling. If you leave your faulty alternator too long then you're just waiting for a breakdown. Get it looked at and get it changed.

This one goes hand-in-hand with the dodgy alternator. Car batteries will lose power periodically as they age. Their total capacity decreases gradually and before you know it, the car will be as dead as the Dodo. Luckily, batteries are relatively inexpensive and can be changed pretty easily using little more than a screwdriver.

It's easy to say ‘no I'm not stupid enough to do that', but around 130,000 motorists every year manage to stick a tank load of the wrong fuel into their cars. It can be a massive problem if you're in a rush as it means having your fuel tank emptied. It's an even bigger problem if you turn the ignition before realising. Accidents happen and making sure you have sufficient breakdown cover puts you in the best position in the worst case scenario.

HT leads are the cables that carry the voltage through to your spark plugs. Faulty HT leads can result in misfiring cylinders or a car that just won't start. Luckily, they're cheap and easy to replace when they do give in, but they may still leave you abandoned on the roadside when that time does come.

It is a similar story with spark plugs, they're cheap and easy to replace but they have a lifetime. Spark plugs are literally the plugs that provide the spark to keep the pistons rotating in your engine. When they eventually go bust, those pistons won't operate and the car will be as good as useless.

Finally, the starter motor. Anyone who has had a starter motor give up on them before knows just how stressful it can be. You get in your car as normal, you pop the key in the ignition, the dashboard illuminates and the radio comes on as normal, you give the key a twist and then... nothing. Maybe a few weak efforts to get the engine to turn over but no luck. Starter motors are typically very solid and reliable, but if they do give up the car isn't going anywhere and you're going to need to be picked up.

To make sure you aren't left isolated on the roadside for any of the above reasons, have a look at our comprehensive breakdown cover packages and find a plan that suits you. Give yourself the peace of mind that if something does go wrong, we'll be there to help. 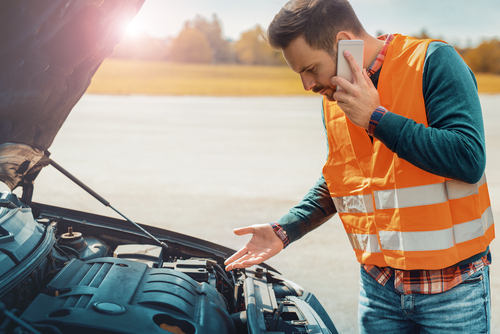 My Car Has Just Broken Down. What Do I Do?

My Car Has Just Broken Down. What Do I Do?

What do you do if your car breaks down at the roadside?

First of all, don't panic. Cars break down all the time and the first thing you need to do is remain calm. You need to get your car over to the left-hand side of the road and onto the hard shoulder. Pop your handbrake up, leave the car in first gear and angle the wheels towards the side of the road.

Turn your hazard lights on as well as your parking lights if it is dark, and get everybody out of the vehicle. If you are on a busy road then it is advisable to have everyone leave by the curb-side doors.

Stay well behind the barriers on the roadside.

Contact your breakdown cover provider, if you have it, and look for the nearest location marker on the roadside. These are usually 100 metres apart and will point you in the direction of the nearest emergency telephone.

Do not try and use your red triangle marker on the motorway if you are on the hard shoulder. Doing this will only make things more dangerous.

What if I break down and there is no hard shoulder?

If there is no hard shoulder then steer right on to the side of the road and use the red warning triangle in your boot. This should be erected at least 45 metres behind your car on the same side of the road, to warn other road users of your presence.

If there is no verge on the side of the road then it is important to remain in the car with your seatbelt on as well as your hazard lights.

What do I do if I don't have breakdown cover?

You have a few options here. Firstly, we'd recommend buying cover on the spot. You may be charged a slightly higher fee than normal but then you will be covered for the whole year.

Secondly, you can contact a local garage to pick you up. This option is only available during working hours.

Read More
We are carbon neutral 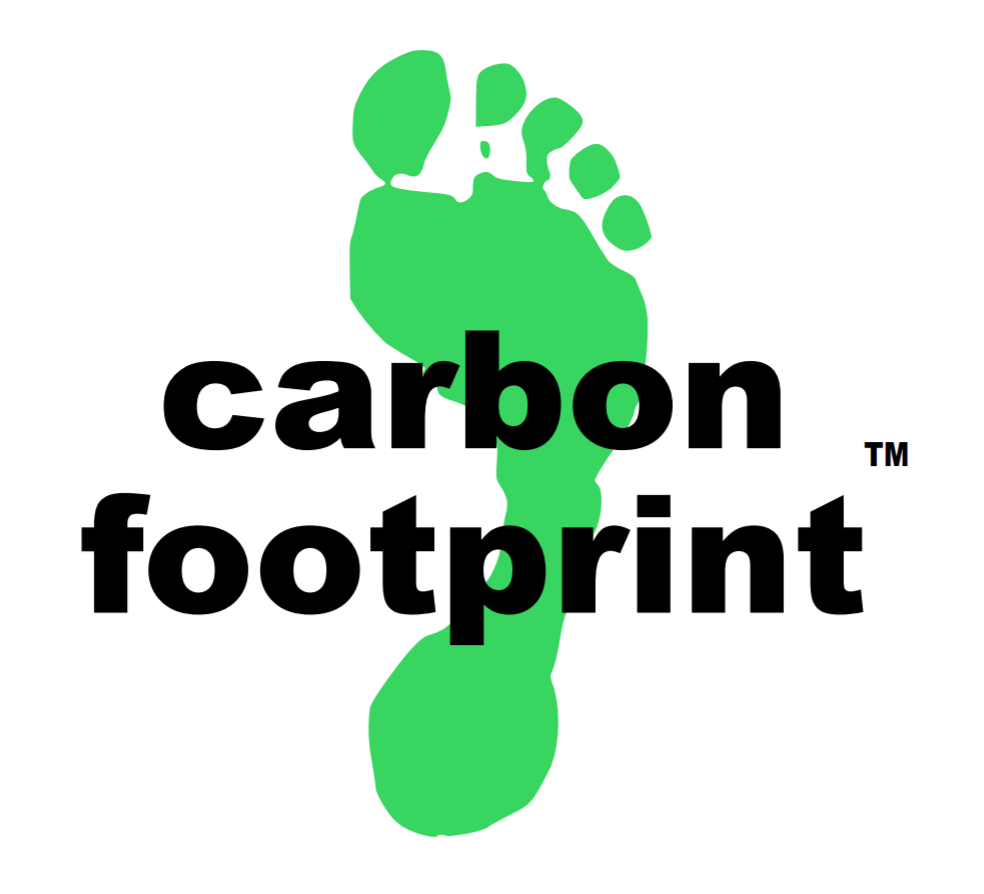